New Threat against the Afro-Colombian Community Council of La Toma

“Alright. The time has come for the opponents from the communities in La Toma to pay, especially those sons of bitches from the Community Council who stick their noses in everything—especially Eduar Mina and Jhon Jairo Valverde. If you don’t want what happened in Buenos Aires to happen to you, we are giving you 24 hours to get out of the region. We won’t be held responsible for you. You already know that we are in the region.

We know your movements.

Time is running out.”

The National Protection Unit (UNP) provided one of the phones that received the threat as part of a protection scheme for Mr. Vargas Balanta, who has received various threats for defending the rights of black communities. Mr. Vargas Balanta and Mr. Eduar Mina are members of PCN. Along with Jhon Jairo Valverde, they are also members of ASOYOGE, a community organization in charge of implementing one of the projects for the Peasant, Ethnic, and Popular Agrarian Summit (Cumbre Agraria Campesina, Etnica y Popular). Mr. Mina is also a spokesperson for PCN before the Agrarian Summit and on issues related to Mining and Autonomous Economies.

The threat is even more concerning considering the current context of violence in the region and the history of threats and attacks against the defenders of black communities’ rights throughout the country. The threat refers to the murder of Mauricio Fernando López Vélez in Buenos Aires (Cauca) on June 22 by hooded men as a form of cruel intimidation.

There are already more than seven threats against social leaders in Suarez and Morales in the last two months that are signed by the Popular Liberation Army (EPL), Black Eagles (Aguilas Negras), a FARC dissident group, and the Gaitanista Self-Defense Group of Colombia (Autodefensas Gaitanistas de Colombia, AGC), who signed this death threat. In the neighboring municipality of Morales (Cauca), there are reports of some 200-armed men imposing a curfew in the urban center over the course of the last two weeks.

The Ministry of Interior and the Constitutional Court have referred to the egregious risks confronting social movements in Northern Cauca and particularly the Afro-Colombian Community Council of La Toma on numerous occasions (for example: Accords with the Afrodescendant Women’s Movement Nurturing Life and the Ancestral Territories in November 2014; the 2014 May Accords in San Antonio; Constitutional Court Sentence 1045-A of 2010; and Constitutional Court Order 005 of 2009). Nevertheless, the lack of political will to adopt systems of protection and self-protection designed by the communities, along with the weak measures assigned by the National Protection Unit, create a context of increased vulnerability for defending community rights.

We demand that the State must take urgent and decisive steps to investigate and prosecute the material and intellectual authors of the threats as guaranteed by Point 3.4.3 of the Final Accord to End the Armed Conflict and Build a Stable and Enduring Peace that establishes a “National Commission on Security Guarantees for the dismantling of criminal organizations responsible for homicides and massacres including criminal organizations that have been labeled as successors of paramilitarism and of its support networks, which attack human rights advocates, social movements or political movements, as well as people that participate in the implementation of the accords and the construction of peace.”

We also urge that the security schemes provided by the National Protection Unit (UNP) need to be accompanied by efforts from the Attorney General’s Office to investigate and prosecute the victimizers, especially in cases where there are such clear routes to begin an investigation. 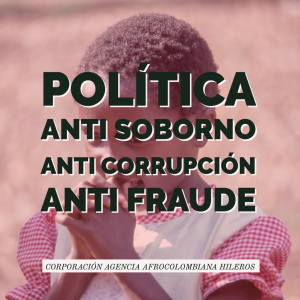 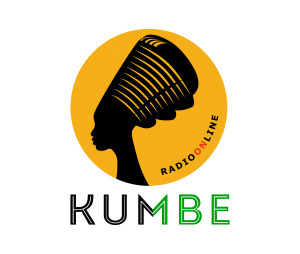